Is the new normal here to stay? Virtual tours and phone bidding result in $1.68 million sale

As another coveted Sunshine Coast waterfront property in Maroochydore’s Sunshine Cove sells at $1.68 million to phone bidders, we sat down with Ray White Maroochydore real estate agent Sarah-Louise Anderson to find out if the new normal of virtual tours and phone bidding are here to stay. 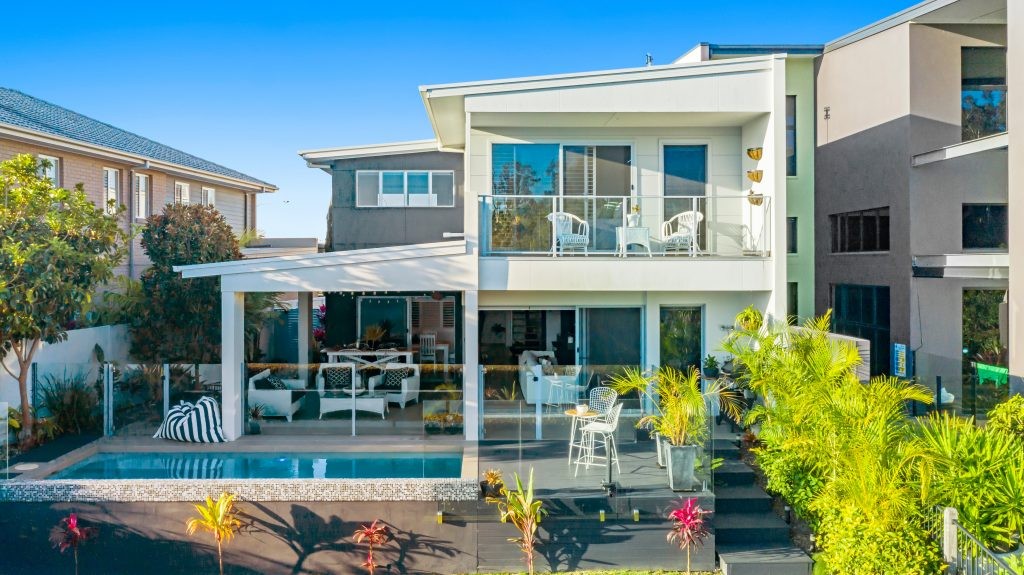 One of the more desirable homes in Sunshine Cove, 4 Serenity Circuit held appeal to buyers though it’s renovated aesthetics, calming views, and a convenient location – everything you’d look for in a low-maintenance lifestyle home. Sarah-Louise explains:

‘Of course being in Sunshine Cove was desirable for buyers! This property however was particularly special being positioned on Serenity Circuit and on a larger block than normal for that area [sitting on 459 square metres]. The house had a laneway instead of another house next to it, and it had a lot of waterfront with a view that looked down a passage and across to a nature reserve – rather than looking into another property. You wouldn’t even know that you were in the heart of Maroochydore sitting at the back of the house.” Sarah-Louise says. 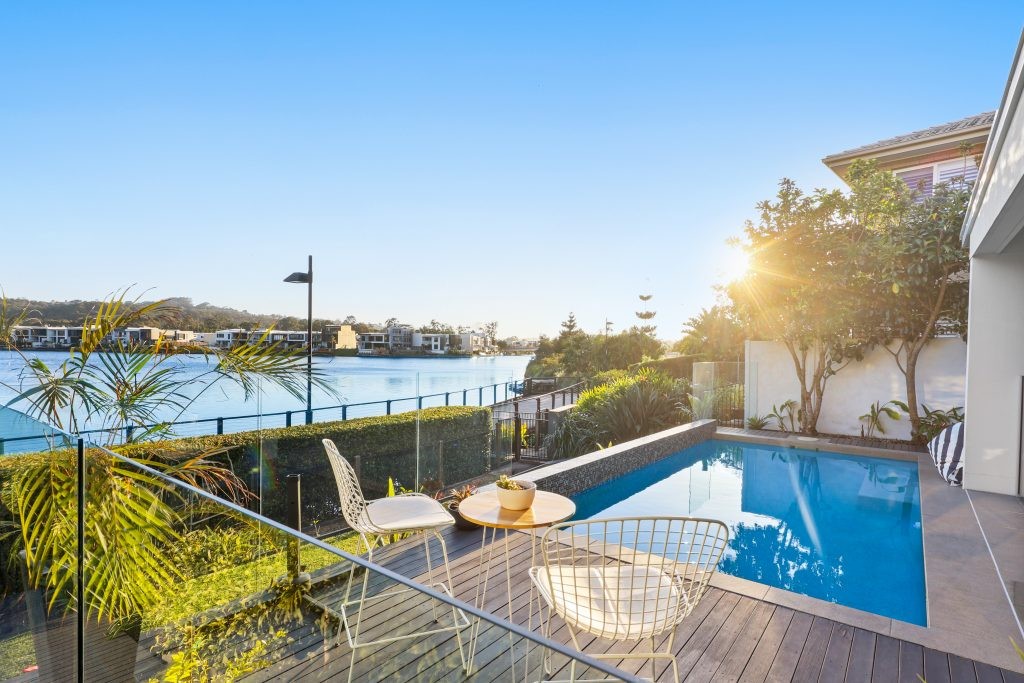 It wasn’t just the position of this property that attracted an impressive number of interested buyers, but the attention to detail that the sellers went to in the finer details, helping to capture a vast audience in person and online, the presentation of the property meant that buyers could really picture themselves living in the home.

‘The owners bought the house and then renovated it. They added a separate living area upstairs and made a few changes that added so much value to the property! The way that it was styled was so great for open homes, every time you went in there it was picture perfect. You could literally see yourself sitting down and having a glass of wine, enjoying the view!’ Sarah-Louise says 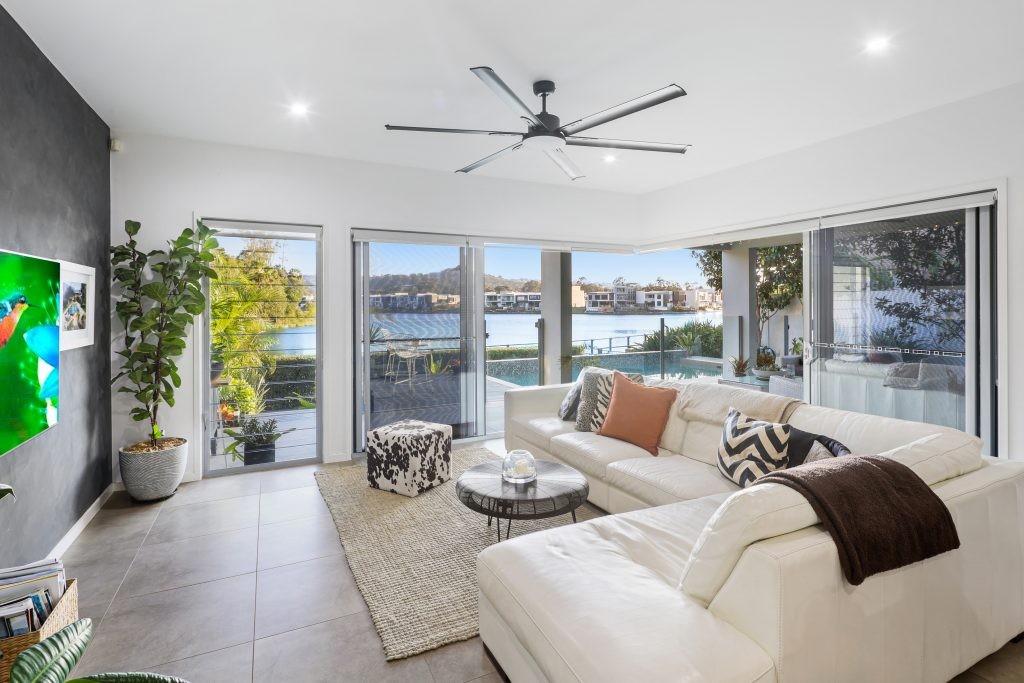 It seemed that a lot of people from Queensland as well as interstate could picture this too. With over 25 enquiries received within the first 48 hours and a high percentage of them being from down South, Sarah already knew that she would be busy with virtual tours.

“We had an abundance of interested interstate buyers. The first open home I had about 5 virtual tours, and for the first 6 open homes we were running back to back virtual tours! The buyers ended up being from Melbourne, and we ran them through virtual tours two weekends in a row.” Sarah-Louise says

We know that virtual tours have become the new normal during COIVD-19 times… but are they here to stay? Well, with the direction of the Sunshine Coast property market, Sarah-Louise certainly thinks so…

“I don’t see virtual tours ever going away. I had 4 auctions on the weekend, which contained many virtual tours and much interstate interest. With the increase of interstate buyers looking to move to the Sunshine Coast, they really have become the new normal and an essential service to provide for any campaign in order to capture as many buyers as possible.” Sarah-Louise says

… and with the support of her high-performing team representing phone bidders so competently, why would they?

“My trustworthy team was a huge contributing factor to the success of this sale. Having 10-13 of the highly-skilled Ray White Maroochydore team there, treating the auction like it was their own, and doing everything in their power to achieve a great outcome was incredible. From calling before bidding to introduce themselves to the bidder and understanding their budget and goals, to guiding them on the day of the auction and keeping them informed on where the bid was at… it was absolute teamwork that helped us achieve a sale of $1.68 million.” Sarah-Louise says

It was just as well that Sara-Louise had the support of her team, because with an opening bid of $1 million and 12 registered bidders, this Sunshine Coast real estate was in hot demand. 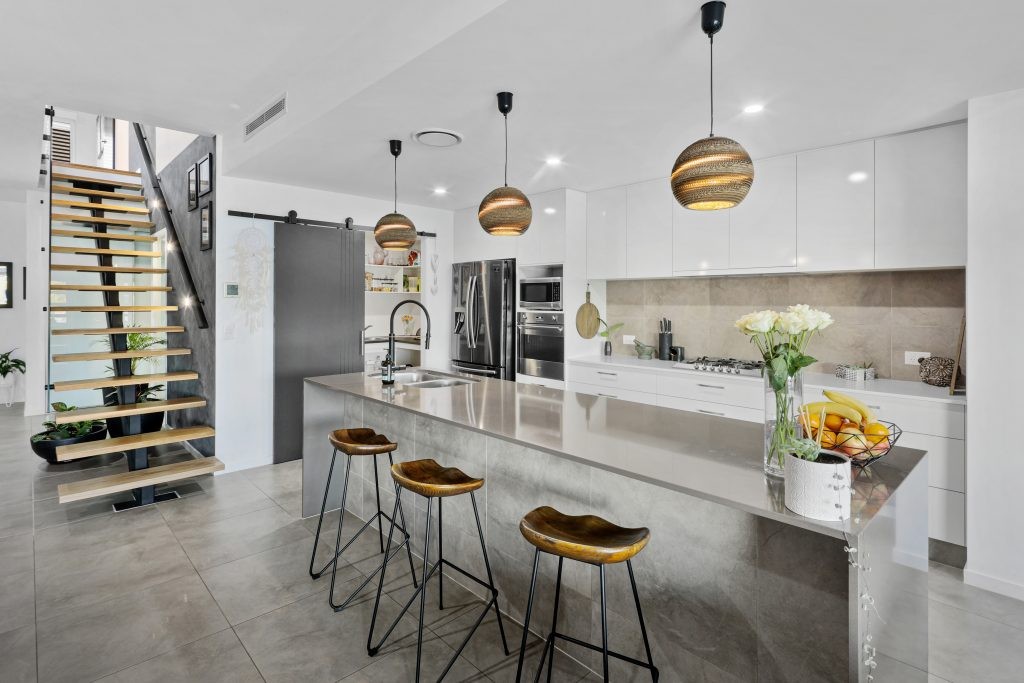 “The auction kicked off at $1 million, then it very quickly jumped up to $1.4, at which point we were on the market. Bidding then continued on from here, until two were left competing for the sale. A sale of $1.68 million was won by the Melbourne buyers, and at $320K above reserve, the sellers were over the moon!” Sarah-Louise says

With registrations in the first week of the campaign, back to back virtual tours, a team of agents phone bidding, and a sale price well above her client’s reserve, it’s hard for Sarah-Louise to pick the most exciting part of the campaign. The signing of this particular contract however may have provided more satisfaction to these sellers than most!

“It was a unique end to the sale. While I was getting the contract of Serenity Circuit signed, the sellers were also signing a contract themselves to buy their dream property in Buderim! So they sold their property and bought their new one all within about 20 minutes! It was all very exciting for everyone involved and I was so happy to have been a part of that.” Sarah-Louise says

Looking to buy or sell a property in person or virtually? Sarah-Louise is the agent that goes above and beyond to turn these dreams into reality. Contact Sarah-Louise today. 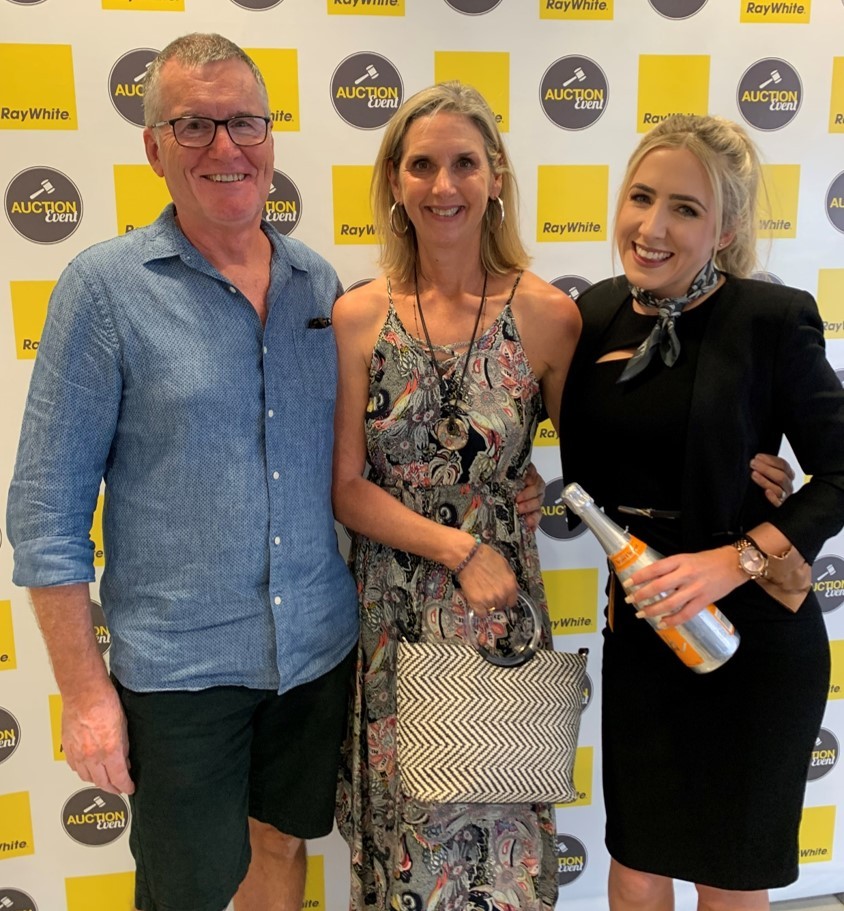 Compare the Pair. Auction Success Results in Sale of Unit $105K Over Reserve!

Call from the bathtub results in a sale that’s 20% over reserve!