Perfectly positioned to embrace the vast open views of the waterways and bush land, the stunning home sold under the hammer on the 2nd of December for $1.29 million.

Originally won by a university student from Melbourne, agent Rowan Woodbine says the astute young man decided to sell the home and reinvest the funds to set himself up financially for the future.

“When the prize winner contacted us originally, he was beside himself, he could hardly breath because he had won the home just a couple of days before,” says Rowan.

“He is studying commerce at a university in Melbourne and decided to sell the home and buy a couple of properties there to provide him with an income so it was great to see how much the prize was going to help him with his future.”

It’s no surprise the home attracted a high level of interest from the moment it hit the market.

Setting the benchmark for luxurious living and entertaining for the area and perfectly positioned to embrace the vast open views of the waterways and bushland, it ticks all the boxes for the ultimate in relaxed, Sunshine Coast living.

“It created quite a stir in the marketplace,” says Rowan. “It’s a beautiful waterfront home spread across three levels, with the bottom level entirely built for entertainment with a pool and barbecue area.”

With more than 70 people through the open homes during the five-week marketing campaign and drawing a crowd of close to 60 people on the day of auction, Rowan says competition was fierce between the three registered bidders to secure the dream property.

“We started at $1 million and got the bidding up to $1.25 million. We then negotiated with the highest bidder and it sold under the hammer for $1.29 million with a cash contract,” says Rowan.

“It was actually a record price for the street and was in the top five for Sunshine Cove, which was a great result.”

Settling in just in time for Christmas, the new owners could not be happier with their new home.

“I called them on Monday morning after handing them the keys on Friday afternoon and they couldn’t believe how nice it was to wake up and have a coffee in bed overlooking the water, it has changed their entire lifestyle,” says Rowan. 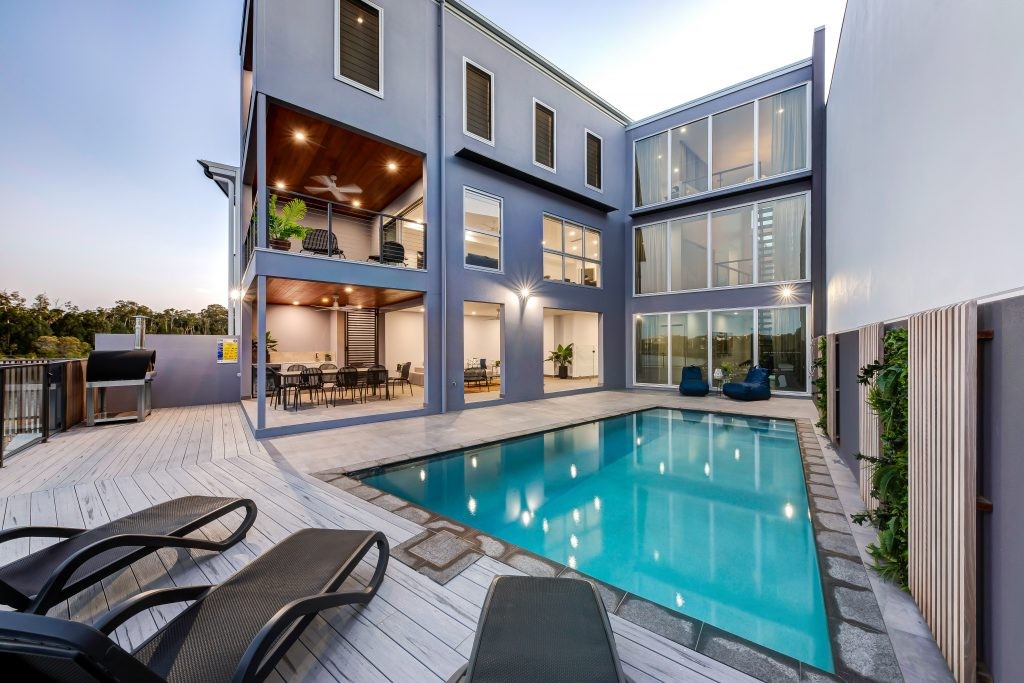