Ray White Maroochydore Agent Mandy Leahy describes the recent auction of 50 Palm Drive, Mooloolaba as having all the key elements that add to the excitement of the event.

With more than 50 people in attendance, including 14 registered bidders on the day, it was an exciting battle to the end, leading to a result that exceeded both the vendors and the agent’s expectations.

“As an agent, it was one of those classic great auctions you love. It was really exciting. Our Principal, Dan Sowden did a great job as auctioneer. We had about 46 bids, including from interstate, throughout the auction and ended up selling at $1.42 million,” says Mandy. 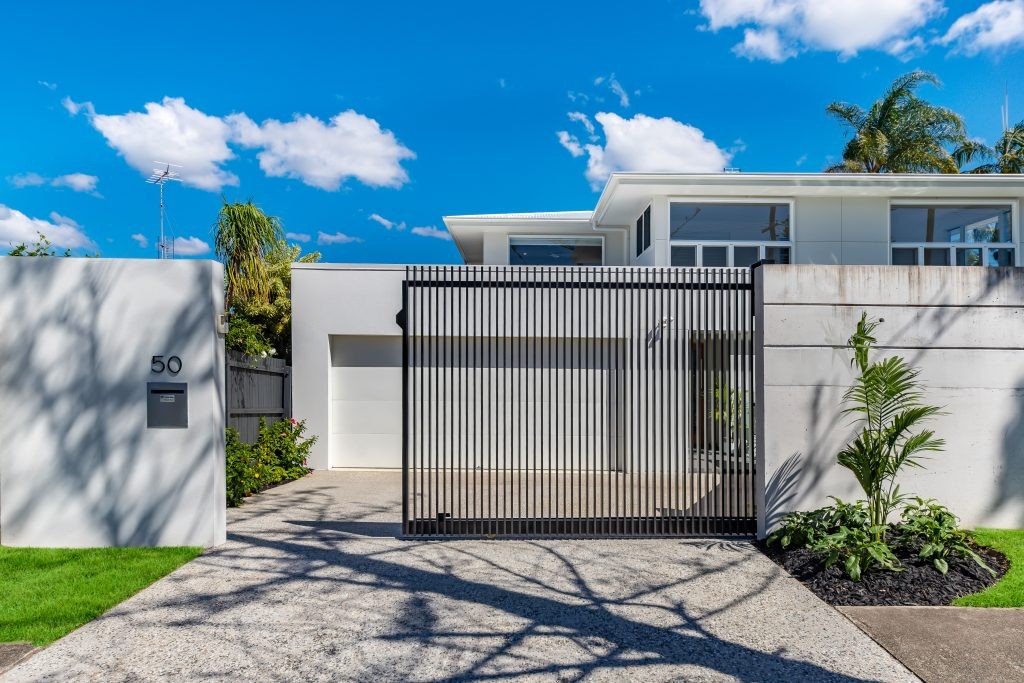 It was a local couple who sealed the deal in what was somewhat of a State of Origin battle with New South Wales and Queensland fighting it out for the win.

“Everyone had a chuckle about it being a State of Origin battle and fortunately it was a local young couple with an Airbnb property management business who placed the highest bid.”

Not surprisingly, the masterfully-designed, fully-renovated home had a huge amount of interest from the moment it hit the market, attracting more than 100 groups through the doors throughout the campaign.

Described by prospective buyers as having the elusive “wow” factor, the property was cleverly renovated to blend contemporary design with light-filled spaces, providing a private sanctuary ideally suited to the Sunshine Coast lifestyle.

“The couple bought it three years ago, and it was a lovely property then, but they extended and renovated and did such a stunning job, it really was more like a new build,” says Mandy. Having met the vendors at another open home, Mandy says the couple had not really been seriously considering selling, but with the current environment being so competitive, they decided they would give it a go and see what happened.

“We talked about the market and I knew that taking the property to auction was the only way to go,” says Mandy.

In fact, Mandy says recent figures show that vendors can expect at least 7 per cent more on the sale price by taking their property to auction rather than a private sale or accepting a prior offer.

“Because we currently have such a competitive environment, if you are selling privately or accepting offers prior to auction, it can lead to a multiple-offer situation, which is not ideal,” says Mandy.

“We are also finding in those situations where people are going to multiple offers we are not reaching the same price that we would at auction.

“We had two offers prior to auction on this property and they were not near the mark the property eventually sold for. Going to auction maximises the sales price, is completely transparent and alleviates the pain for the sellers and buyers.