IT was smiles all round for both the vendors and the new owners of 290 Main Rd, Kuluin, with agent Rowan Woodbine, successfully selling both parties properties to create one big happy ending!

Developing a close connection with the vendors since first selling them the property two and a half years ago, Rowan was delighted to reach a record sale price of $745,000 for the FIFO couple.

Having poured more than two years of blood, sweat and tears into renovating the property, while continuing to work full time, Rowan says it was great to see all their hard work pay off.

“I have been with them throughout the process of renovating the home before they brought it to market,” says Rowan.

“They re-did the flooring, they rendered it, they did the landscaping, painted it throughout, installed new a kitchen and bathrooms – it was night and day from what it was.”

After a five-week campaign, which attracted more than 50 inspections, the property went to auction with six registered bidders on the day.

“We had a nice big crowd filling the lawn on auction day. Bidding got to $700,000 with a cash contract offered. However, we decided to pass it in because we felt the property was worth more, even if it was an unconditional contract,” says Rowan.

After passing the property in at auction, Rowan then revisited each of the groups who had inspected the property, which resulted in four groups coming through the property for a second time.

“We took the contract and the calculated risk knowing the market was hot and we could get a good result on the other side.”

Not surprisingly, given the current buoyant real estate market and growing popularity of the suburb, the buyers property at 22 Crows Ash Place, Kuluin sold after just one open home.

“We put it up online and the first open home had seven groups through. That afternoon we went into another multi-offer situation and sold it for the listed price of $569,000, which was great result and we settled 30 days later,” says Rowan.

Excited about their next renovation project, the happy vendors have since bought another property in Maroochydore through Rowan, which they plan to put on the market once complete.

As for the buyers who have purchased the stunning dual occupancy home at 290 Main Road, they couldn’t be happier.

“They are a mum and daughter duo, who wanted dual living but with their own space, so the property is perfect for them,” says Rowan.

“It was a really nice result for all parties.” 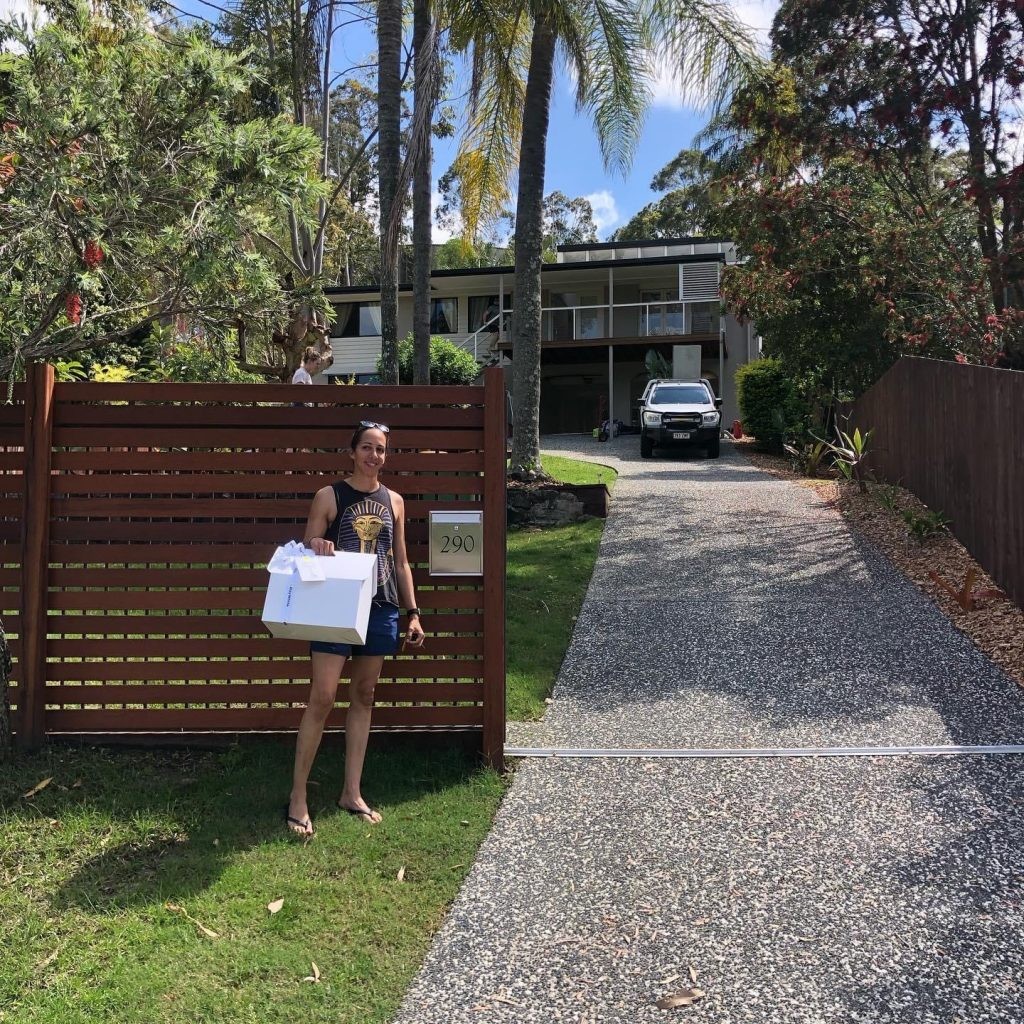