Another fantastic result for the Ray White Maroochydore team, as Sunshine Coast real estate agent Rowan Woodbine achieved a record sale for Maroochydore home at 21 Eliza Way. Selling for $915,000, the family home created quite the show on auction day, with bidders determined to own this desirable piece of Sunshine Coast property. 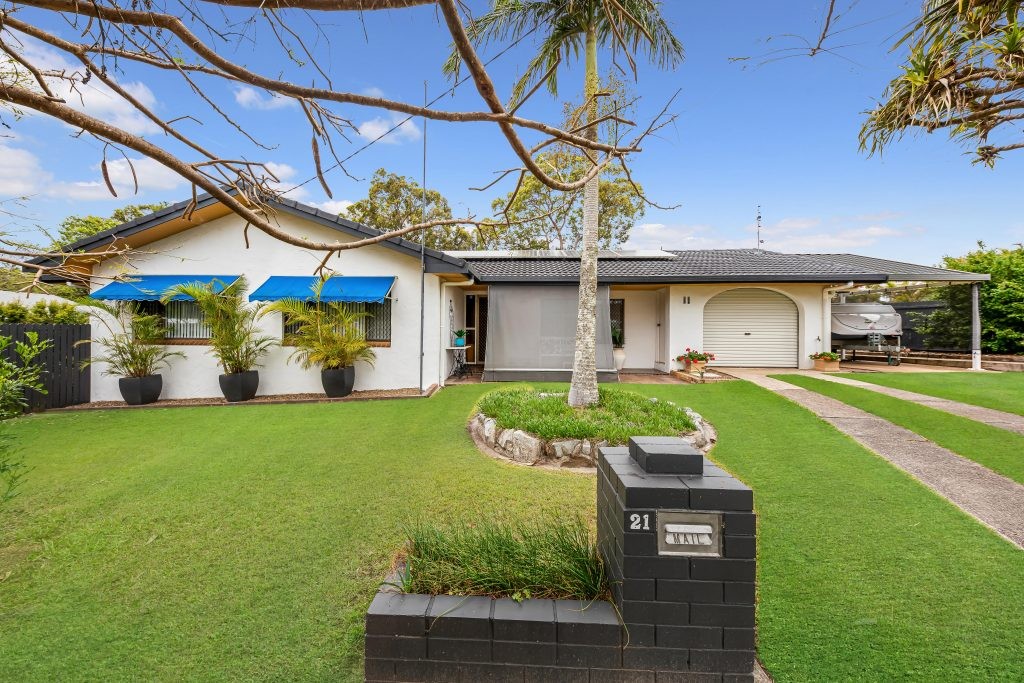 Sale figures aside, what really caught our attention in this agent’s story, was that of his valued sellers and buyers. Earning respect from the original owners early on, Rowan met the couple through selling their neighbours’ home (also for a record sale at the time). After closely witnessing Rowan’s work, he was asked to do the same for these lovely long-term homeowners.

“I had sold the neighbours’ house 8 or 9 weeks ago so the owners got to watch how I operated before working with me. The agent they worked with was very important to them… and this sale was an emotional one for sure. The owners had been there for decades so for them it wasn’t just letting go of their home, but starting their next stage in life as well. They’re downsizing to a retirement village so everything leading up to this is what they have been working towards their entire lives.” says Rowan.

Wanting to get the best sale price possible for the couple and ensure that they could fully capitalise on the sale of their home, Rowan proposed the auction strategy for the sale. In a market like this, it may be tempting to accept early offers, but the owners trusted Rowan and the auction process to try and get the best deal possible.

“Throughout the campaign we had about 30 groups through in the 4 weeks, and there were about 4 or 5 showing more than passing interest. The owners were indicating to me that they would be happy to sell at around the $800,000 mark, but we decided to stick with the plan, and wait until auction day to let the process do its thing.” says Rowan.

A difficult decision to make, it indeed turned out to be the right one and the saying that “all good things come to those who wait” could not be more accurate in this scenario. Selling for $145,000 over reserve, the auction turned out to not only be a huge success, but quite an exciting one, according to Rowan. “On the day we ended up with 12 registered bidders, 2 phone bidders and about 3 onsite really going against each other! We called it on the market at $840,000 and three parties ran it all the way through until about $894,000 when on the third call, a new bidder put their hand in the air. That’s when things got very interesting! We stood there and played it out until the very end. There were 37 bids in total, and both sides wanted it. They kept going in $1, 2 or 3 thousand dollar increments until a substantial offer by one of the early bidders won the auction at $915,000” says Rowan.

So way was this particular property such a hot commodity? According to Rowan, both local and interstate first home owners and smaller families were attracted to the home due to its positioning and the opportunities for the future.

“That little pocket in 5-10 years time is going to be within walking distance of the Sunshine Coast CBD. Not only this, but the future land value in itself will be huge. It’s in a medium density area, so developers may offer to pay a premium for the land… and this presents a nice opportunity for the new owners to make some money off it, if they so desire.” says Rowan.

Selling to a mother who was looking for a family home close to her child’s school, Rowan could not have been happier with who the house went to, as well as who it was sold for.

“Being a part of that entire transaction was incredible for me. On the one side I’m helping an older couple to close out their financial years, go into retirement and have as much money in their pocket as possible. Then on the other, I also got to help a parent who is staring down the barrel of renting or not having anywhere to go with children. Playing a role in securing a home for them as they enter this new chapter in their lives was incredible.” says Rowan.

If you too are looking to start the next chapter in your life, contact Ray White Maroochydore Real Estate Agent Rowan Woodbine to discuss your options today.

Fortune Favours The Bold as Buderim Home Sells for $1.3 Million