It’s not every day you pop out for a coffee and end up buying the property of your dreams, but that’s exactly what happened for the lucky new owners of 401/313 Bradman Ave, which sold under the hammer for $885,000 on 1 March.

“The buyers literally went out for a coffee; they had never been to the property before but they saw the auction sign and they were in the market to buy. They walked in and fell in love with it and as our Principal Dan Sowden was auctioning it they made the decision they were going to buy it. They threw their hat in the ring, started bidding and the rest is history,” says Ray White Maroochydore agent, Natalie Tink.

Boasting an enviable position directly across from the tranquil Maroochy River, with views of Mount Coolum, this luxurious three-bedroom penthouse apartment is the epitome of relaxed Sunshine Coast living, with all the extras you would expect from a penthouse of this calibre. 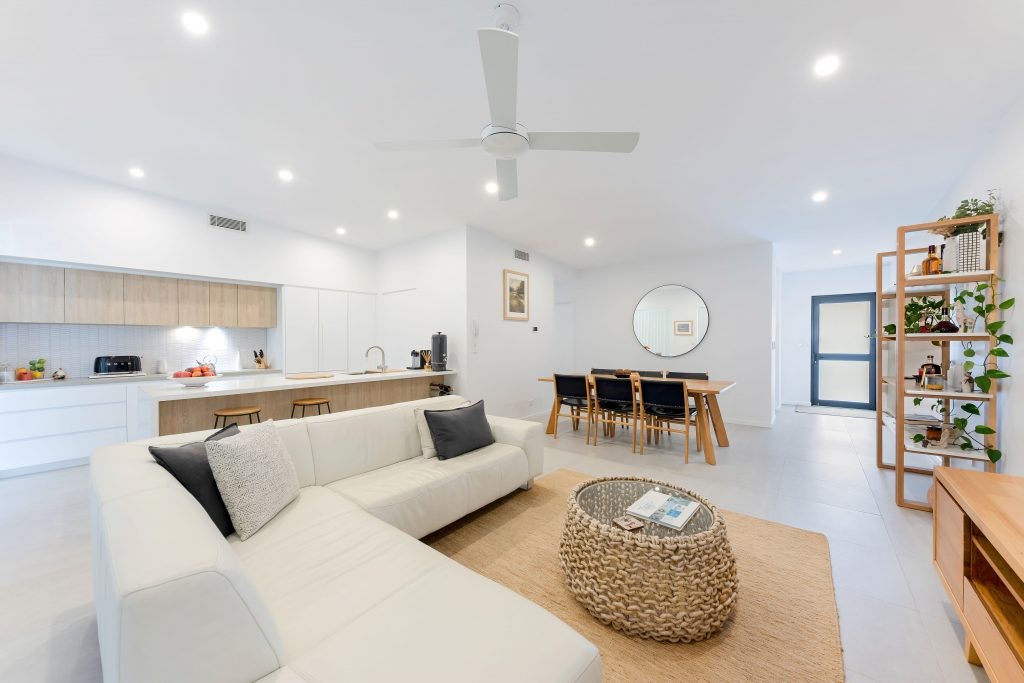 As part of the Foreshore complex, built just over two years ago, it’s not hard to see why the majority of residents are owner occupiers.

“The thing I love about this apartment it that it is really well designed. It’s the only penthouse in the building and it was designed for living not just to holiday in,” says Natalie.

Having made the difficult decision to sell the apartment, the vendors were delighted to find another property through Ray White that better suited their needs.

“They were in two minds about whether or not to sell. They had a beautiful big property in Gympie but they wanted more of a lifestyle so they bought in Bradman Ave. However, as much as they loved it, they missed having a patch of grass,” says Natalie.

“We had a property on the market in Sunshine Cove with another one of our agents in our office, which I knew would be perfect for them. They went through it, loved it and listed their apartment the very next day. “We work as a network so even if it was listed at the Mooloolaba or Buderim branch we all work together. When you work with one of us you work with all of us.”

Excitement was high on the day of auction, with more than 18 people gathering in the lounge room of the Bradman Ave apartment overlooking the Maroochy River.

“We had three active bidders on the day. One was from Victoria who had moved to the Sunshine Coast with his family. He was our keenest bidder who had been through the property a number of times,” says Natalie.

However, it was the local couple who were the highest bidders on the day, with their competitive offer of $885,000 sealing the deal.

“They are active people who love to surf and they loved the idea of being close to the water. As soon as they stepped foot on that balcony they knew that is where they wanted to be and their final offer reflected that,” says Natalie.

Needless to say the vendors were delighted with the end result, which was higher than they anticipated. It’s a result Natalie credits to taking the property to auction.