Known as one of Bli Bli’s most iconic properties, it’s no surprise the owners of the impressive sprawling home were approached by passers-by interested in purchasing the home.

In fact, Ray White Maroochydore agent Reuben Park says it was the catalyst for the semi-retired couple to consider selling the home they had lovingly built at 32 Oyster Bank Road 10 years ago, having decided it was time to downsize.

“It all started when the owners were approached by someone going past in their boat on the river who offered them $2 million for their home, which they declined. They then increased the offer to $2.3 million and again to $2.5 million. It was at that point the owners thought maybe it was time to put the home on the market,” says Reuben. Having met the couple some years back while helping their son buy and sell a penthouse at Cotton Tree, they kept in touch and reached out to Reuben when they made the decision to list the property.

“I met with the owners and we chatted at length about the market and they agreed the best way to sell the property was at auction,” says Reuben.

“We started with quite a significant auction campaign as they wanted it wrapped up before Easter, so it was a short, sharp, four-week campaign.

“We knew we had the attention of the market because it was the second most popular property on line in the nation leading up to the day of auction.”

Attracting a crowd of more than 100 people on the day, the atmosphere was electric. With six registered bidders, it came down to a nail-biting battle between two of the highest bidders vying for the stunning home.  One was a local couple from Peregian and the other a couple from Sydney who were relocating their family and business to the Sunshine Coast. “A lot of people turned out to see what unfolded, as it is quite an iconic home. There were a lot of family members, neighbours and everyone was excited and nervous for the owner and buyer. Plus, to have a traditional end to the auction, with two competitive bidders fighting it out is always a buzz,” says Reuben.

“Bidding started at $1.8 million and reached $2.5 million within a number of minutes. It then started to slow and was paused at $2.7 million, at which point we spoke with the owners and negotiated back and forth with the highest bidder and the property was announced back on the market at $2.75 million. It then crept up in five and ten thousand dollar increments until it finally sold at $2.835 million to the Sydney family.”

“There were tears of joy all round, both from the owners who were thrilled with the result as well as the buyers, who were delighted to secure the property of their dreams in such a hot market,” says Reuben.

Needless to say, the happy new owners are delighted with the outcome and are already planning their future in the stunning home.

“With three young boys, they will really make use of the water, the land and the space to have their friends come and stay from down south,” says Reuben.

“They loved the remoteness of the property but also the proximity to the CBD and the airport just 10 mins down the road.” 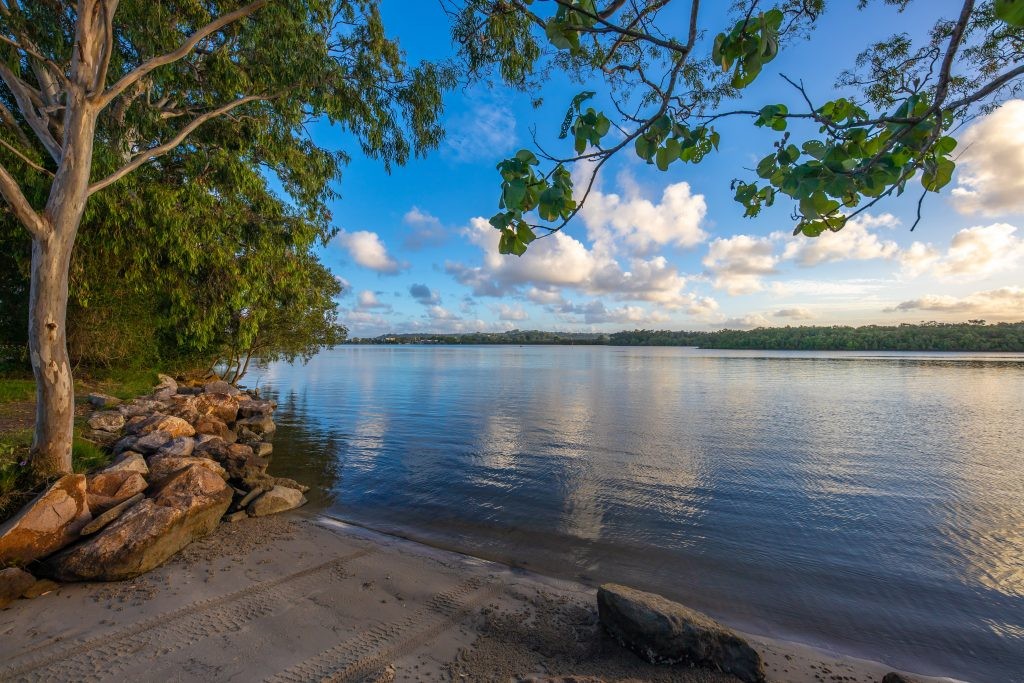