Fortune Favours The Bold as Buderim Home Sells for $1.3 Million

As the Sunshine Coast property market continues to heat up, more stories of buyers bidding boldly are emerging, as they employ brave tactics to secure their desired property. The sale of a Buderim home for $1.3 million at 11 Cooba Close, was yet another testament to the type of market that we are in. We sat down with Ray White Maroochydore real estate agent Niall Molloy to find out more.

“The market we’re in is unlike one the Sunshine Coast has ever seen before, and buyers are willing to pay a premium to ensure that they don’t miss out. The auction at Cooba was highly competitive. The bidding started at $850,000 and quickly raced up to $1.15 million when the successful buyer knew that she needed to come in hard with a serious bid. The buyer jumped up to $1.3 million, $150,000 above the last bid, and with that hammer blow, successfully bought the property.” says Niall.

Running a comprehensive marketing campaign that attracted more than 100 inspections across 4 weeks, Niall understood that this house was going to be under high demand, but the bold move by the buyer was one that surprised a few.

“You just don’t see that kind of bidding happening in a market unlike this one. People are getting so sick of missing out that the smaller increments you’d normally see at an auction are jumping to larger ones. The successful buyer was a lovely lady from Sydney. She probably would not have bid like that but for the competitive bidding in the lead up. She was convinced that it was going to race up and decided that her best bet was to assert herself with a serious bid.” says Niall.

And competitive, it was! The onsite auction attracted 14 registered bidders, with 8 of these bidding on the phone. With numbers like these, Niall was appreciative to have the support of his high performing Sunshine Coast real estate team at Ray White Maroochydore.

“I ‘put out the SOS’ to the team the week before to see if they could help with buyers who wished to bid over the phone, however I didn’t expect to need as many as 8 of them! My team is absolutely phenomenal. Not only do we work well together, but we also have the capacity to deal with large numbers like this, and I think that being able to offer this service is one thing that sets us apart from other offices.” says Niall.

Downsizing for retirement, the owners were the only ones to have ever called the house their home. Selling after 21 years meant that the sale was a particularly emotional one, and that every stage of the campaign needed to be treated with care. Having met Niall through selling their neighbour’s house very successfully, the owners placed their trust in him. An agent who values people and shows high levels of empathy for his clients, the respect was mutual and turned into a great relationship. 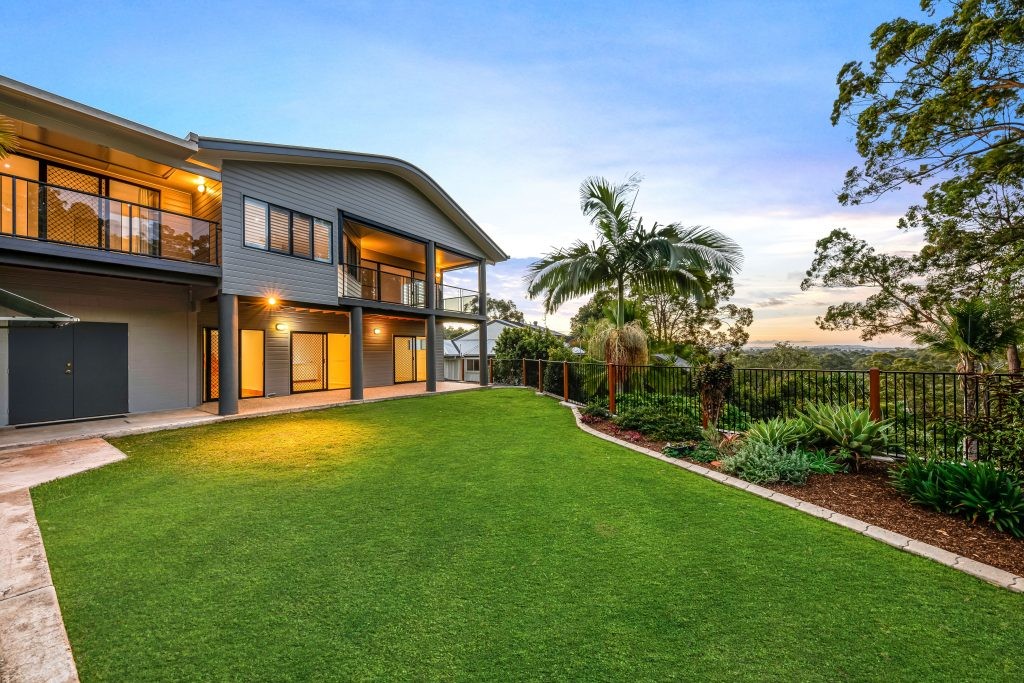 “I really loved getting to know the owners, they were such lovely people! Being the first time they’d sold in over two decades, it was a pleasure to step them through the whole process. They were incredible to deal with throughout the campaign, and were extremely detail focused who gladly took our recommendations on board. The house had been well looked after and was presented phenomenally – it actually had one of the best building and pest reports I’ve ever seen for a home of its age! I was so thrilled to work with them to achieve such an incredible sale price, comfortably above their reserve.” says Niall

Always seeking to achieve a rewarding sale for his clients, Niall tailored a strong auction campaign to yield the best results. With 2 open homes per week, high quality photography and videography, and advertising on sites like Realestate.com, Domain, and Dream Homes, meant that the property stood out to capture both the local and domestic market. Wrapping our interview up with a few pieces of advice, when Niall was asked what the most important sales aspects are to focus on in this hot Sunshine Coast property market, he narrowed it down to two: inspections and auctions.

“Driving inspections is absolutely key. Also, not assuming that you know what a good sale price is – even if someone comes into the first open home and makes an offer that sounds great. Until you’ve had a number of inspections, a few offers and ultimately that competitive tension that you’re looking for, you should be reluctant to accept anything too fast. To gain that competitive tension, I always favour the auction method to capitalise on the competition and get the best sale price possible.” says Niall.

If you’re looking for a hard-working, empathetic and results-driven Sunshine Coast real estate agent to sell your home, contact Niall Molloy for a chat.