Describing it like a scene straight out of the popular TV renovation show “The Block”, Ray White agent Rowan Woodbine says the auction of 8 Bennelong Court, Kuluin, delivered a “cracking result” for the sellers, reaching more than $70,000 than initially expected.

“I met the vendors while selling 5 Ferntree Court, just around the corner. They are a really lovely couple with a family who had been considering the idea of selling for a while due to needing more space. However, they had quite a bit of renovating to do before they could list it on the market,” says Rowan.

Having given the three-bedroom home a complete overhaul, including new roof, new carpets and new paintwork throughout, the couple met with Rowan to discuss the best sales campaign and what sale price their renovated home might reach. 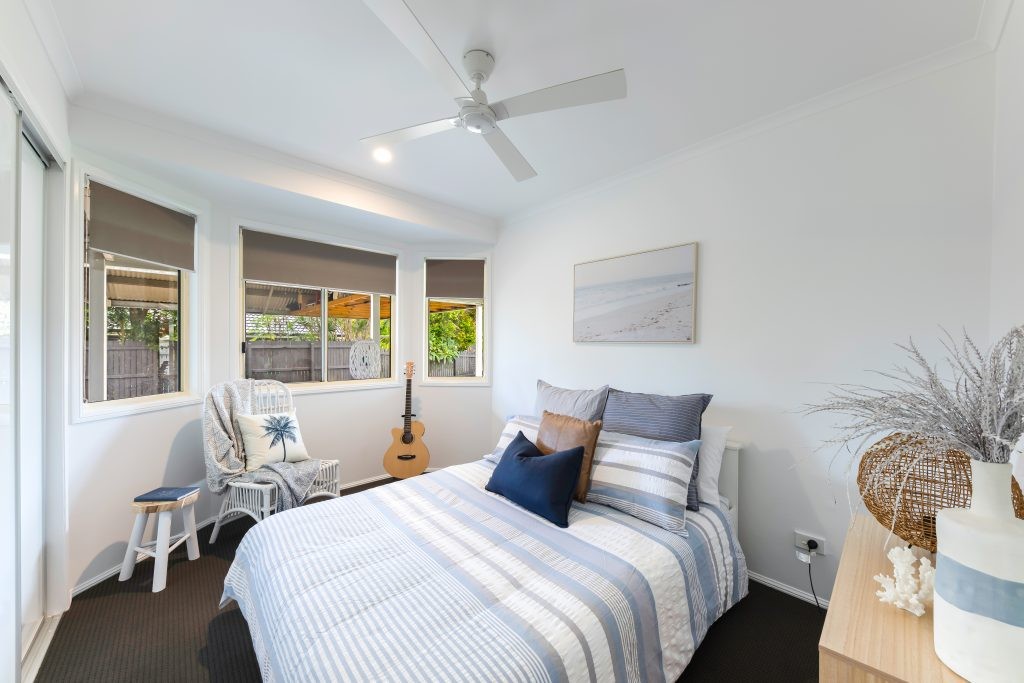 “The home had a really nice feel, they did a great job on the renovation, it was really warm and inviting,” says Rowan. “When we first sat down and had a chat we were thinking around the $620,000 mark would be an excellent result, so to reach $75,000 over that was just fantastic.”

With the renovation complete, professional marketing video and photos done, the couple listed their home on the market and the overwhelming response was testament to all their hard work during the previous three months.

“We timed the launch on the Monday following the sale of 54 Elkhorn Street, just around the corner,” says Jason.

“They worked right up to auction day and managed to pull it off. It was like a scene straight out of the block. They were still cleaning and painting and organising the styling when we arrived . You could see they had been doing some long days and big weekends to get it ready to sell and it was beautifully presented.”

Competition was fierce on the day of auction, especially considering the vendors had brought the date forward by two weeks as they had found their dream home and needed to sell straight away.

“We ended up doing a three-week campaign rather than five weeks for a couple of reasons.  One was the fact we had over 100 physical inspections and also they found their perfect home during the campaign and put a contract on it so they needed their place sold.”

Describing the atmosphere on the day of auction as electric, attracting a crowd of around 80 with 20 registered bidders, it could not have been a better result for the vendors.

“Even the sun came out just in time for the auction, and given the level of competition and the market supporting us, we sold for $695,000. There were hugs, there were tears, it was really quite emotional and beautiful to be a part of,” says Rowan. 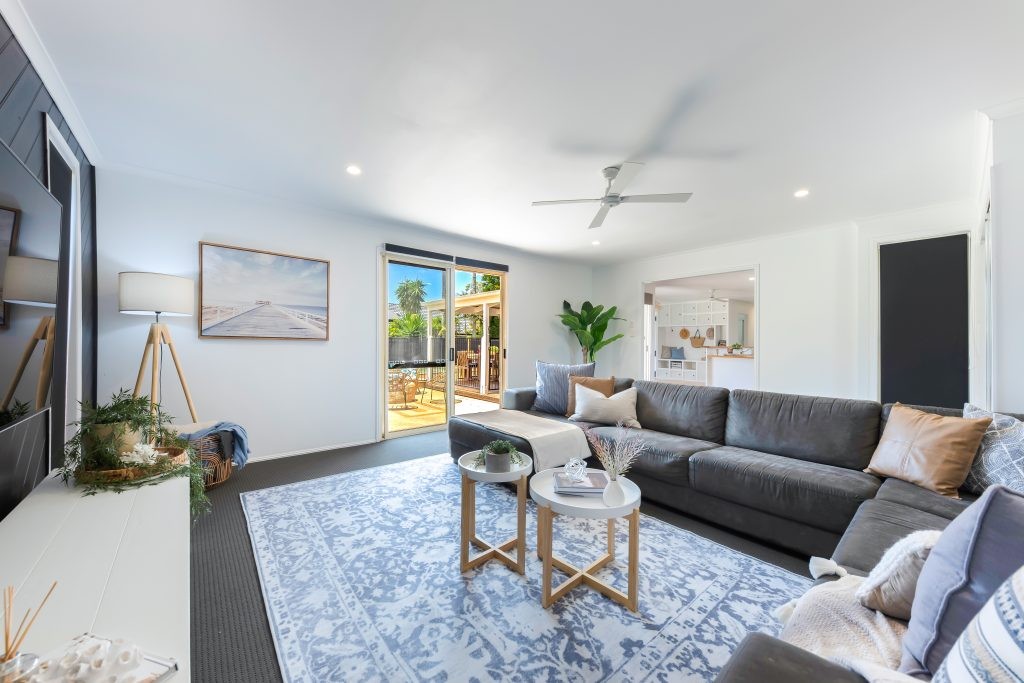 “The work they had put in and the styling really complimented it and lifted it to another level.

They were able to pay their car loans off and they could afford their dream home with space for their children, it was a life changing day for them.”

Just as excited were the new family who will now call the beautiful property home.

“The new owners have two little girls who were delighted with the swimming pool,” says Rowan.” The parents are delighted to have a nice corner block without busy traffic coming past.”