Most families will do anything for eachother: Sunday roasts, painting the fence, or letting the youngest win at board games. The story of the sale at 86 Cogill Road in Buderim for $1.2 million however, shows what one family will do to reunite their family and secure their future happiness. Ray White Maroochydore Sales Agent Niall Molloy tells us more.

“Built and kept within the family for over 30 years, the owners were actually selling a property for the first time in their lives. Having been there for so long and having raised their children there, this was an incredibly meaningful sale for so many. Meticulously maintained with beautiful timber tones and a leafy backdrop – it very much felt like you were in a treehouse! Couple this with its prime positioning, close to local shops, amenities and great schools, it had many qualities that we felt would make it an attractive offering to the market. It was pretty special to be a part of” says Niall.

A popular location on the Sunshine Coast, Buderim homes are increasingly attracting more interest from a range of buyer demographics. An elevated, established suburb, the area has also captured the attention of interstate buyers looking to make a lifestyle move as it offers greenery and tranquility not far from the beach and developing CBD. For this  Sunshine Coast Real Estate Agent, Niall’s aim was to get as many inspections through the doors as possible to maximise competition around the sale.

“We saw over 55 groups across the four week campaign which was really encouraging. We had a really good mix of buyers from locals to interstate interest, young families to downsizers, all were looking for a quaint home in a great location. On auction day we had attracted a great crowd of locals and visitors from Brisbane, curious to see how the action unfolded” says Niall.

With the auction held just before Christmas, many families were looking to secure their slice of the Sunshine Coast property market before the holiday break. Ray White Maroochydore Auctioneer, Dan Sowden, knew it was going to be a competitive one. With 9 registered bidders, the bidding opened at $850,000 and very quickly raced up through to the early millions. Once it reached $1.12 million it was called on the market, with two buyers from Melbourne going toe-to-toe before finally selling well over reserve at an impressive sales figure of $1.2 million. “The auction was a very exciting one. With the number of registrations in play we knew that there was going to be strong competition, and the two Melbourne bidders were just as determined as each other to be the successful bidder” says Niall.

An entertaining auction indeed, but the bidding action wasn’t the only point of interest on the day, as the crowd became emotionally invested when the hammer dropped for the successful bidder.

“It was such a special sale for everyone involved and as soon as the house sold there were tears of joy all around. Although the buyers were from Melbourne, they were the last of their family to move to the Sunshine Coast. They were actually driving north while the auction occurred with one of the buyer’s fathers bidding on their behalf. The family loved what the home offered and were motivated to secure it. They had attended multiple inspections on the buyers behalf, oversaw a building and pest inspection and took care of the bidding on the day. They did a fantastic job and were successful in the end with the family in attendance gathering together for an embrace on the fall of the hammer. Covid has meant an extra challenging few years apart for the family, and now three generations of family can all be together in the sunshine state” says Niall. 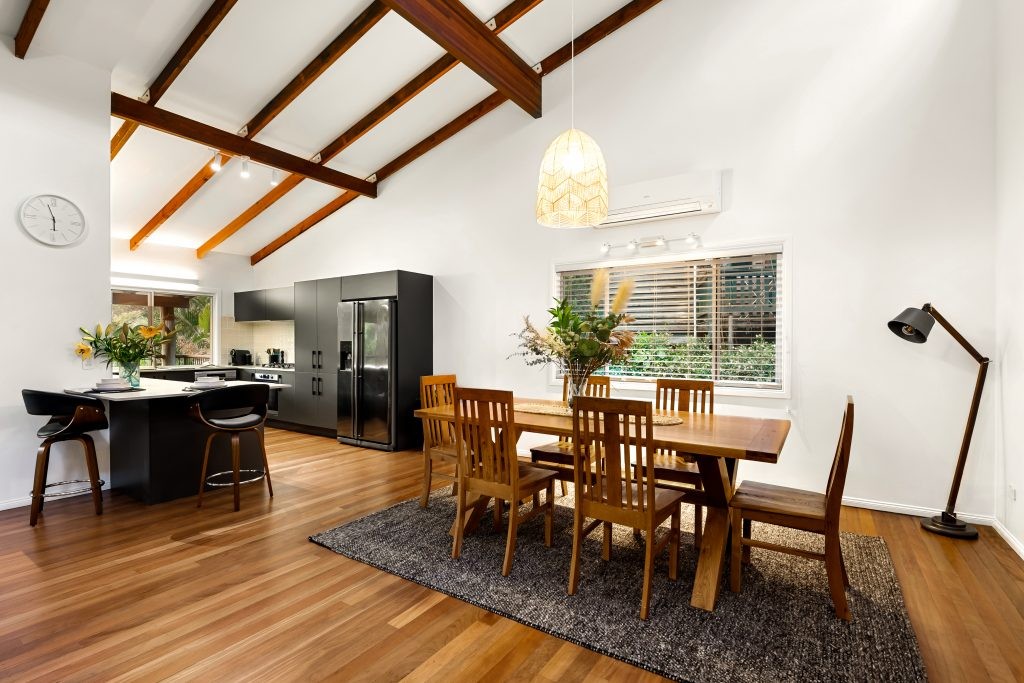 Overjoyed by the sale price, surprisingly (or not so surprisingly if you knew the couple), the sellers were more happy about the fact that their beloved family home was being passed on to a new young family to start their next chapter in.

“The sellers had actually said in their marketing video that they hoped the property would sell to a young family keen to love the home like they did, and they couldn’t have found a better fit. For me, the most special part of the entire sale was when the sellers and buyers met. There was such mutual admiration and respect for the home. The buyers are a lovely couple who just had a set of twins and had been looking for a while for a home to be closer to their family and enjoy raising their kids in. Wanting the best for the new owners, the sellers even left little notes around the house with tips and tricks to keep things running smoothly!” says Niall. 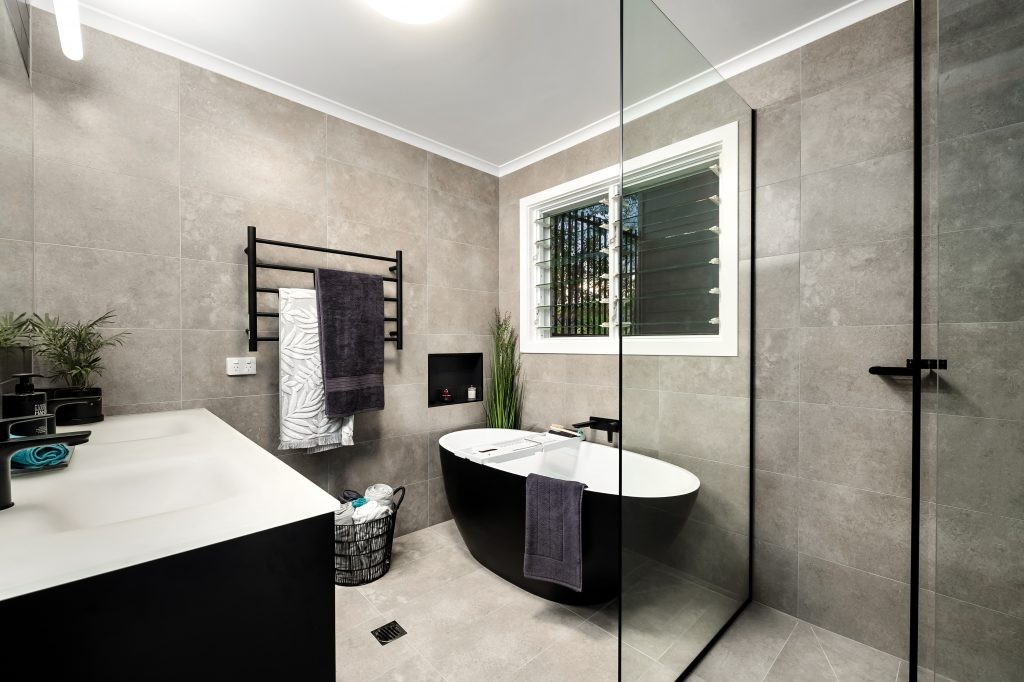 Sad to leave the family home but excited for the next stage in their lives, the sellers have moved closer to the beach and their grandkids to build on a block of land and enjoy a change in lifestyle.

If you’re looking for a Sunshine Coast real estate agent who cares as much about who he’s selling the house for, as who he is selling it to, contact Niall Molloy for a chat. 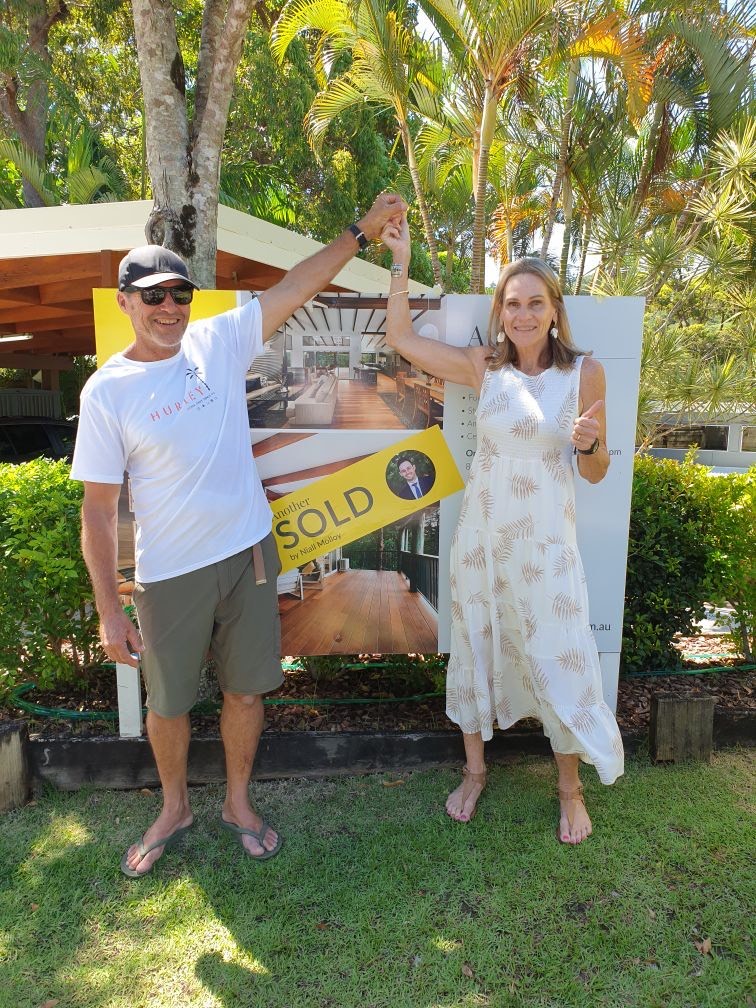 Maroochy Waters the place to be, as house sells for over $1.2million!