Beachfront apartment sold for over $1 million amidst wild weather!

Rain, hail or shine – nothing was going to stop this highly desirable, beachfront beauty from going under the hammer.

6/52-54 Alexandra Parade, Maroochydore is situated on a quiet one-way street; a dream location. Primely positioned for sunrises, sunsets and surf, this 2 bed, 2 bath coastal-cool apartment was sold for a hot $1.017 million, after a last-minute decision to take the auction online. Wild weather across South East Queensland turned the sale on its head the night before the auction, meaning a full Ray White Maroochydore team effort to get a live, online auction up and running by the following morning. We sat down with Ray White Maroochydore real estate agent, Pam Thomas to find out how she managed to pull off such a successful auction amidst the storm!

The week leading up to the auction saw wild weather, flash flooding and heavy rains battering the coast. Homes were inundated, roads and bridges underwater, communities cut off and the onslaught of heavy rain made driving conditions dangerous. The phones were ringing off the hook with potential buyers stranded on inland islands, anxious they would miss the auction.

There was only one thing to do. At the 11th hour, Pam and the team made an executive decision to take the auction digital; and behind the scenes, emails, texts and paperwork were whirlwinding across the state as the auction moved online. “The Ray White Maroochydore real estate team has become quite efficient at utilising technology, as during covid our office was set up to conduct auctions for all of the other teams, so this was nothing new for us. In saying this, it does create a new set of challenges – requiring more agents to get the job done. It was all hands on deck for this auction!” says Pam.

Simultaneously broadcasted live on the Ray White Maroochydore Facebook page, the live auction had 11 registered bidders and with a Ray White real estate agent on the phone to each bidder, it truly was a team effort. But the hustle and bustle of selling this property started long before the rain began to fall. “It was probably one of our busiest campaigns. We saw about 137 groups walk through the property, and that’s groups, not individuals. Roughly 200 people trekked through the apartment throughout the campaign and that’s a really healthy number.” says Pam.

Interest stretched across Queensland, and was as widespread as South Australia. On top of the 137 walkthroughs, Pam also had 11 video walkthroughs.

The Sunshine Coast property market is still surging, with the region being named the fastest selling location in February 2022. The current property demand, sprinkled with a strong marketing campaign of print, digital and social media marketing, placed the popular apartment in the paths of many keen buyers. 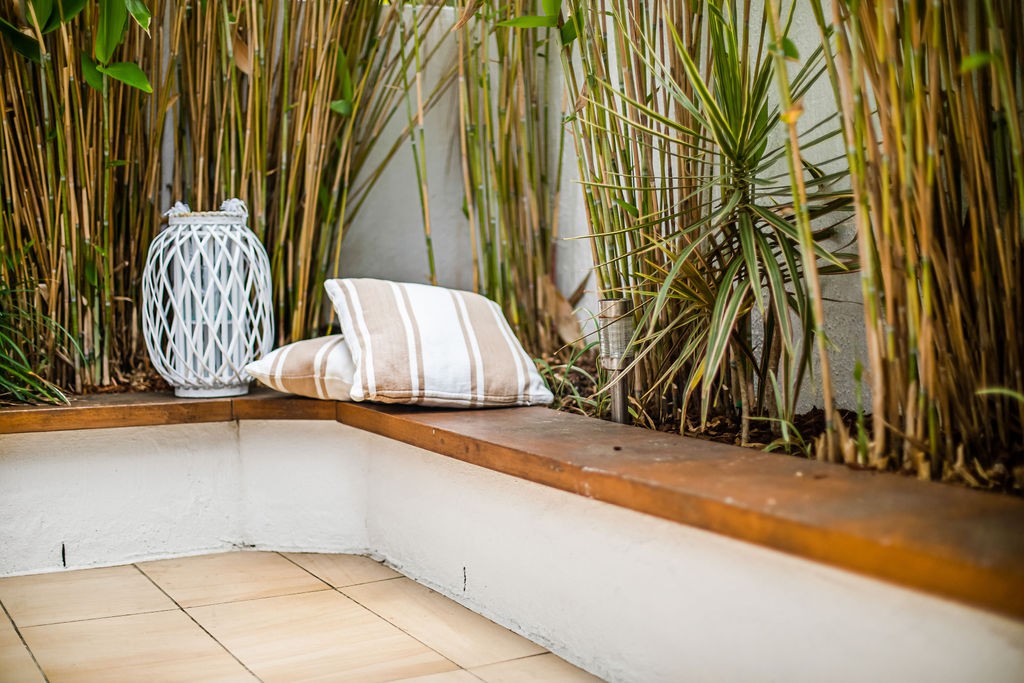 But Pam wasn’t surprised that the property received so much attention during the campaign.

“This Maroochydore property is situated on a quiet, one-way street. It’s elegantly renovated and is surprisingly spacious. It features a lock-up garage, a front and rear courtyard, 2 living areas, 2 bedrooms, 2 bathrooms, as well as some cleverly designed corner storage units. It is simply stunning. It has a stunning glass brick feature wall, with crisp tones of white contrasting against the polished timber floors. Pairing the soothing coastal tones with the privacy from plantation shutters and tiger grass, the apartment becomes a secluded sanctuary away from the outside world. But, just a step outside leads to the property’s generously-sized swimming pool, spa, sun lounges, gazebos and barbeque area.” says Pam. 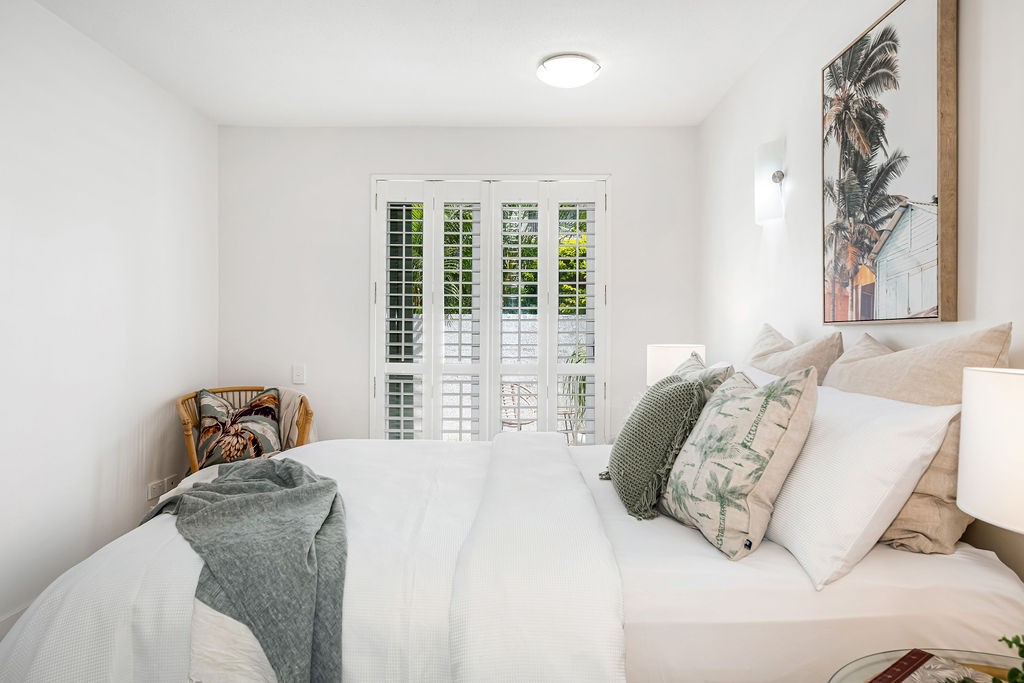 Now on the other side of the storm, there’s a pot of gold at each end of the rainbow for both parties. The sellers have upgraded to a property with a backyard for their daughters, and the interstate buyers are relocating to the Sunshine Coast for work.

So, if you’re looking for a Sunshine Coast real estate agent that goes the extra mile for you and your property, contact Pam Thomastoday!

Beloved Buderim home ticks all the boxes for $1.4 million