How High Can They Go? Maroochydore Premium Apartment Market Continues to Rise

The Sunshine Coast’s premium apartment living has never been in such high demand! With high-end boutique Sunshine Coast apartments coming out of Maroochydore, a new generation of inner city buyers are in search of spacious, luxury, seaside apartments. The sale of boutique 19 unit apartment block Essence at 103/13-15 The Esplanade Maroochydore was no exception. In fact, selling at $2.16million, almost double its previous sale price, this unit’s sale story is one that’s starting to become the norm to the coast. While a competitive market may mean rising rates for buyers, Ray White Maroochydore real estate agent Reuben Park also identifies local’s satisfaction in the increasing value of their investments.

“Essence was a popular development when it sold off the plan, however we never expected that the prices would almost double within merely an 18 month period! This is a strong testament to the huge influx of Southern buyers, as well as local retirees who are moving into high-end apartment living for the first time. With both buyer demographics in search of smaller boutique buildings that host large residential apartments, they’re also looking for a higher level of finish, similar to what they’ve been used to – and they’re willing to pay top dollar for it. Recent sale prices may seem high to long-standing locals, but at the end of the day, they are the ones walking away with a smile on their face, knowing that their investment is skyrocketing in value,” says Reuben.

The sale at Essence was a strong representation of the new generation of buyer demographics interested in this Sunshine Coast property market. 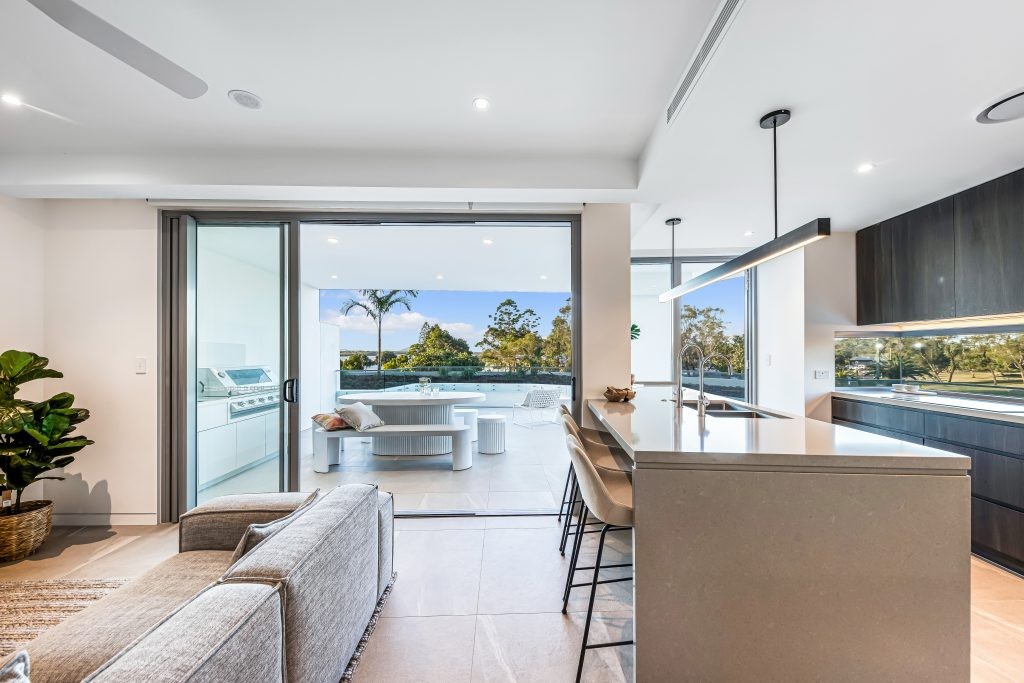 From working professionals coming from Sydney and Melbourne, to local retirees, and even a Sweden expat returning home to retire in Cotton Tree, everyone was eager to get their hands on this piece of Sunshine Coast real estate. The level of interest made for quite the entertaining auction, not to mention as fierce as it was long, with the parties battling it out for 1 HOUR!“The auction was a fierce battle between three different demographics. In most auctions we would see 1 or 2 bidders that were looking to compete at the end, however this time we had 3 bidding extremely competitively. The auction actually went for a whole hour! The unit ended up selling for over $2million, however bidding was broken down to increments of $1K – $2K. Even at the very top end we moved it from $2,050,000 where it was paused, to $2,160,000 where it sold. Making up that $110K gap, buyers were bidding in increments anywhere between $1K – 11K. This competitive nature right up until the end of the auction gave the owner absolute confidence that the unit had sold for the best possible price,” says Reuben. 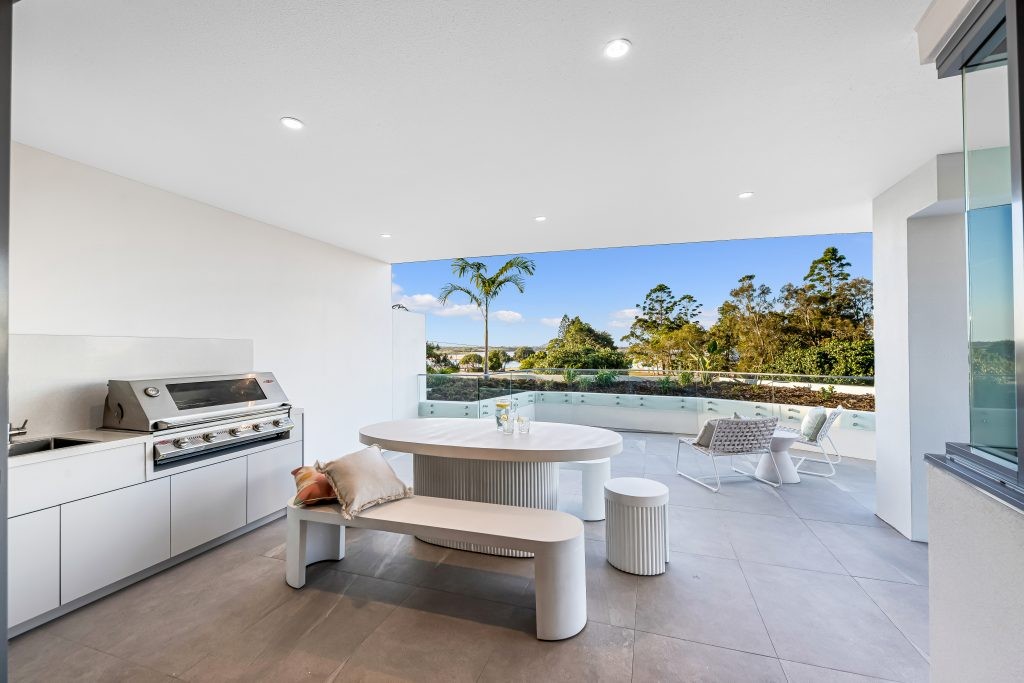 With the shift in buyer demographics interested in Sunshine Coast Property (reflected with rising interstate, international, developer and investor buyers), some locals may be concerned about the changing face of the region. One guarantee that comes from these high-end boutique Maroochydore apartments however, is that they’re almost always owner occupied, which means that the new residents are buying into the community and lifestyle as well as the property.

“Investors looking for a yield are not active in the luxury apartment space. The buyer pool of this sale was dominated by owner occupiers who intend to spend at least half the year in an apartment. What we’re seeing across the board is that all of the brand new apartments that are coming out of the ground are selling almost immediately. For owners who don’t want to wait 2 or 3 years for construction, the ability to buy near new or beautifully presented products today, to live in immediately, is highly appealing,” says Reuben.

Now, I bet you’re wondering why a brand new apartment was re-sold so soon after construction was completed? Well, this clever owner originally purchased the unit off the plan, hoping that the scarcity of projects like this would give him some future capital growth. Although clued into the market with a background in property, even he didn’t expect his return to be of this magnitude! With almost 70 inspections over the course of 4 weeks, 12 registered bidders, a 1 hour long fierce auction, and a sale that was almost double what the property was bought for 18 months ago… we think it’s safe to say that this seller was one happy client!

If you’re interested in learning more about getting into the luxury boutique apartment market, get in touch with Reuben Park today.

Finding Value in More Ways Than 2 As Savvy Buyer Acquires Duplex for $1.36million