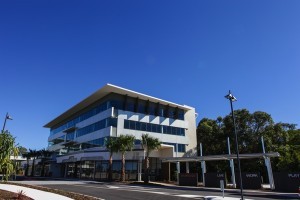 Global consulting firm Parsons Brinckerhoff is strengthening its presence on the Sunshine Coast, with the company having leased the entire level two floorplate in the brand new Emporio commercial building in Maroochydore’s principal activity centre.

Parsons Brinckerhoff are involved in a range of work from mega-projects that define an entire region to smaller, more local projects that keep a community humming, expanding their presence on the Sunshine Coast will be another driver for the regions local economy.

Reed Property Group Project Director Ross Webb said he was thrilled by the news that Parsons Brinckerhoff, a firm that is involved with hundreds of critical infrastructure projects around the world would now call Emporio home.

“Adding Parsons Brinckerhoff to the list of commercial tenancies really shows Emporio has come to life and is open for business,” Mr Webb said.

“Since the signing of this lease there is only 330m2 of A-Grade commercial office space remaining that has a market rate of $360/m2 net,” Mr Justo said.

No. 2 Emporio Place is a four-storey building within the Emporio commerce precinct, showcasing more than 2,200m2 of A-Grade office accommodation over three levels.