Buyers and sellers will win in 2018 real estate game

IF 2017 was a year of consolidation for Sunshine Coast real estate, 2018 will be one of advancement, according to Brett Graham.

But while the director of six Ray White busnesses on the Sunshine Coast is confident the property market is on an upward trend, the one word he won’t use is “boom”.

Rather, it’s all about building on gains made in 2017 which, he says, was pretty much a perfect year in real estate.

“It was a good year for buyers and for sellers,” Mr Graham said.

“The amount of real estate that comes on the market year after year is generally the same – the only thing that changes is the number of buyers.

“And we had a good depth of buyers this year.”

If you already own property on the Sunshine Coast, Mr Graham predicts you can expect it to grow in value in 2018.

But if you don’t own any, it hasn’t yet reached the point where people are priced out of the market – as long as you are realistic about where you want to buy.

“My gut feeling is there will be a definite increase in real esate across the board in 2018,” Mr Graham said.

“That’s good news for people who already own property as they will likely see an equity increase.

“But for people who don’t own property yet, we are going through a period where people feel they have job security, which is a huge thing.

“Job security was really highlighted on the Sunshine Coast in 2017 and I believe that will flow into 2018.

“When people know they will have a job next year, they will be happy to buy, especially with interest rates low.

“My advice to people is that if you are looking to buy real estate and can afford it and are comfortable in your employment, now is the time to buy.

“But buy at a level you can afford and be realistic – maybe buy a little way away from the beach rather than over-stretching yourself financially.

“The reality is that within five years areas off the beach will have equity growth.” 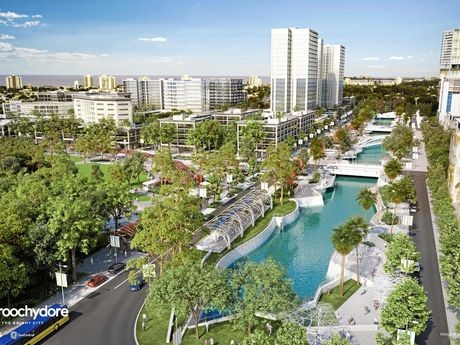 Mr Graham doesn’t like to predict areas where real estate prices will increase most in 2018, saying 30-plus years in real estate have taught him not to try predicting the unpredictable.

But he can see one trend which he believes will capture the imagination of people – inner-city living.

The new Maroochydore CBD, Sun Central, will provide an area where people can “work, live and play”, in the same style as Sydney’s Darling Harbour or Melbourne’s Southbank and Mr Graham believes people on the Sunshine Coast will quickly see the benefits.

“Personally, I prefer a focus on allowing higher density living in and around a CBD, rather than going and knocking down big swathes of native bush to put in more subvdivisions,” he said.

“The infrastructure is there and I think Sunshine Coast people will react fantastically once they set it (Sun Central) become a reality.

“It’s been proven around the world and we have to trust the town planners and the brains behind it because it will work here as well.”